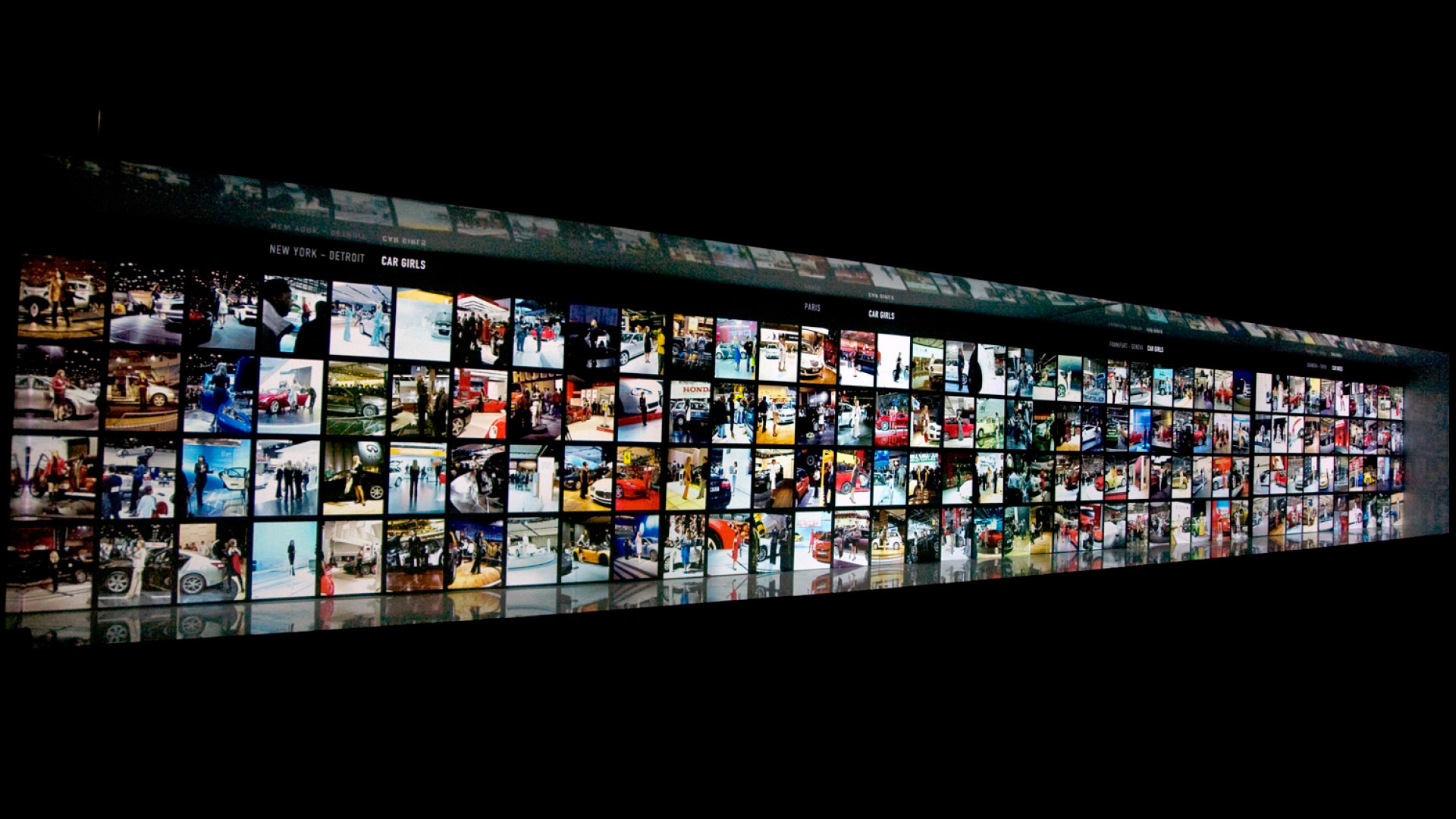 The Car Girls project had its premier in 2004 showing a selection of prints at the 19th 'Festival International des Arts de la Mode a Hyeres', France. The Car Girls installation was produced and shown in 2007/2008 in the Dutch Photomuseum in Rotterdam, on the Auto RAI in Amsterdam in 2009 and in the Museum of Contemporary Art in Toronto in 2011. A 15.5 meter wide projection is divided in four geographical areas from the USA via Europe to Asia, with each section presenting the car girls from that areas' main motor shows.

In the top one hundred ranking of the 2008 Fortune Global 500, there are no less than eleven car companies, with a total combined revenue of $1.4 trillion. Of these eleven companies, Toyota Motor, General Motors, Daimler, Ford Motor, and Volkswagen are at the top of the list with a total revenue of $911 billion. Each of these large multinationals own several distinct car brands. General Motors, for example, owns Buick, Cadillac, Chevrolet, GMC, Holden, Hummer, Oldsmobile, Opel, Pontiac, Saab, Saturn, and Vauxhall. Car companies are global players who need to continually re-present themselves to local markets. Each year they show off their latest car models at extravagantly staged shows in major cities across the globe. The shows that take place in Detroit, New York, Tokyo, Frankfurt, Geneva, and Paris are the most important according to the industry. At these shows, the auto manufacturers take great pains to distinguish their brands, but they all present their latest cars in a similar way: with the help of female models. Essentially, the women have to present the car brand features and image in a very distinctive way.
Car Girls / multi-screen installation
Artist / photographer: Jacquenline Hassink
Concept, design and production: Yvo Zijlstra (Antenna-men) / programming and technology: Marcel Langenberg (Antenna-men)
Soundscape: Charlie van Rest (Silent M studio) / Assignment: Nederlands Fotomuseum, Frits Gierstberg