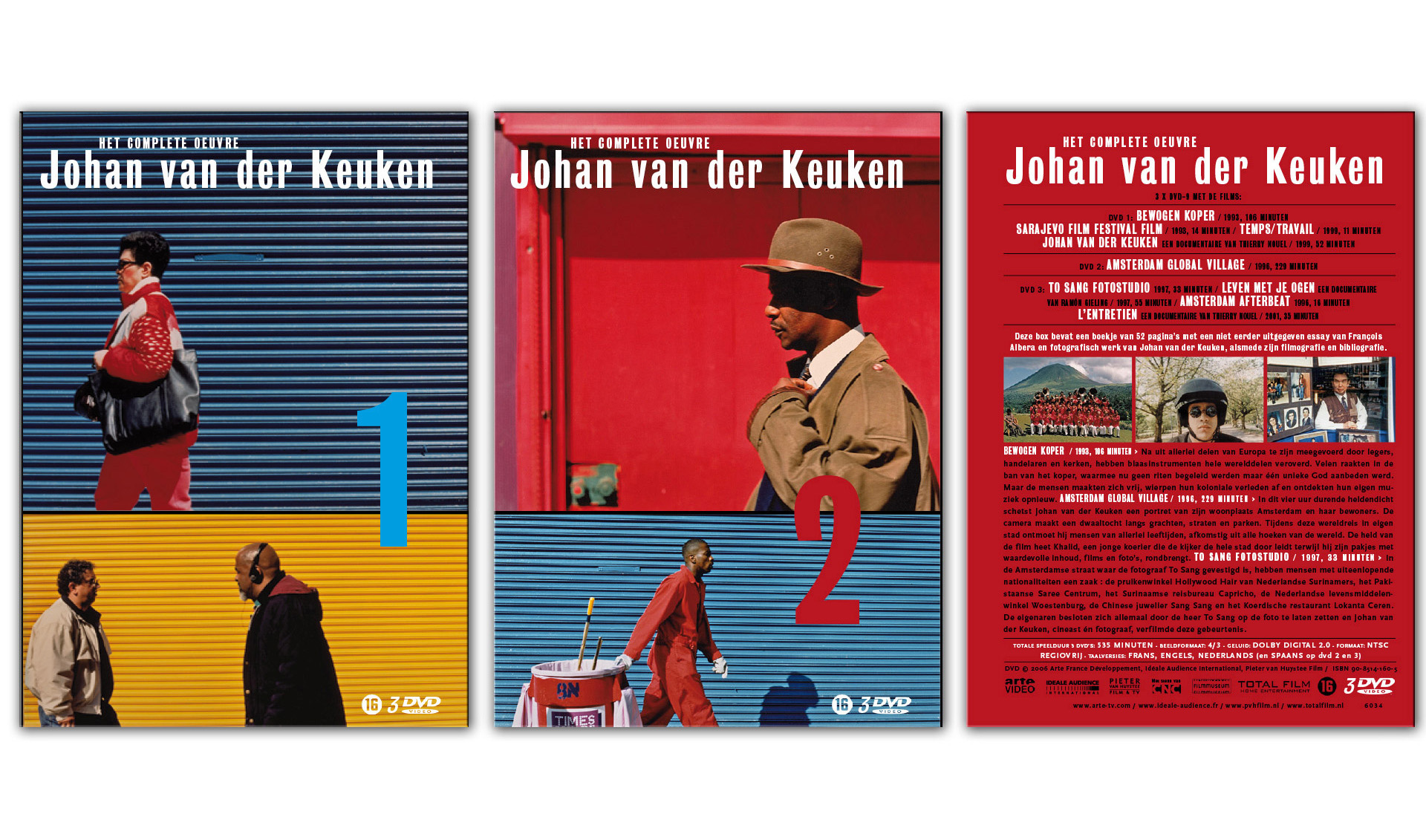 This manner of spreading out in front of oneself the scattered limbs of the body of films is moreover exactly how the filmmaker proceeded when preparing a film, then editing and mixing it: dozens, sometimes hundreds, of sheets of paper or cards spread out, pinned to the wall, like a vast pack of cards that are put down, pulled, turned over, rearranged and dealt once more. A screening of the film in the space, in some way, which is precisely what van der Keuken’s multi­media installations of the 80s and 90s (photography, films, video, sounds) evoked in a literal manner. 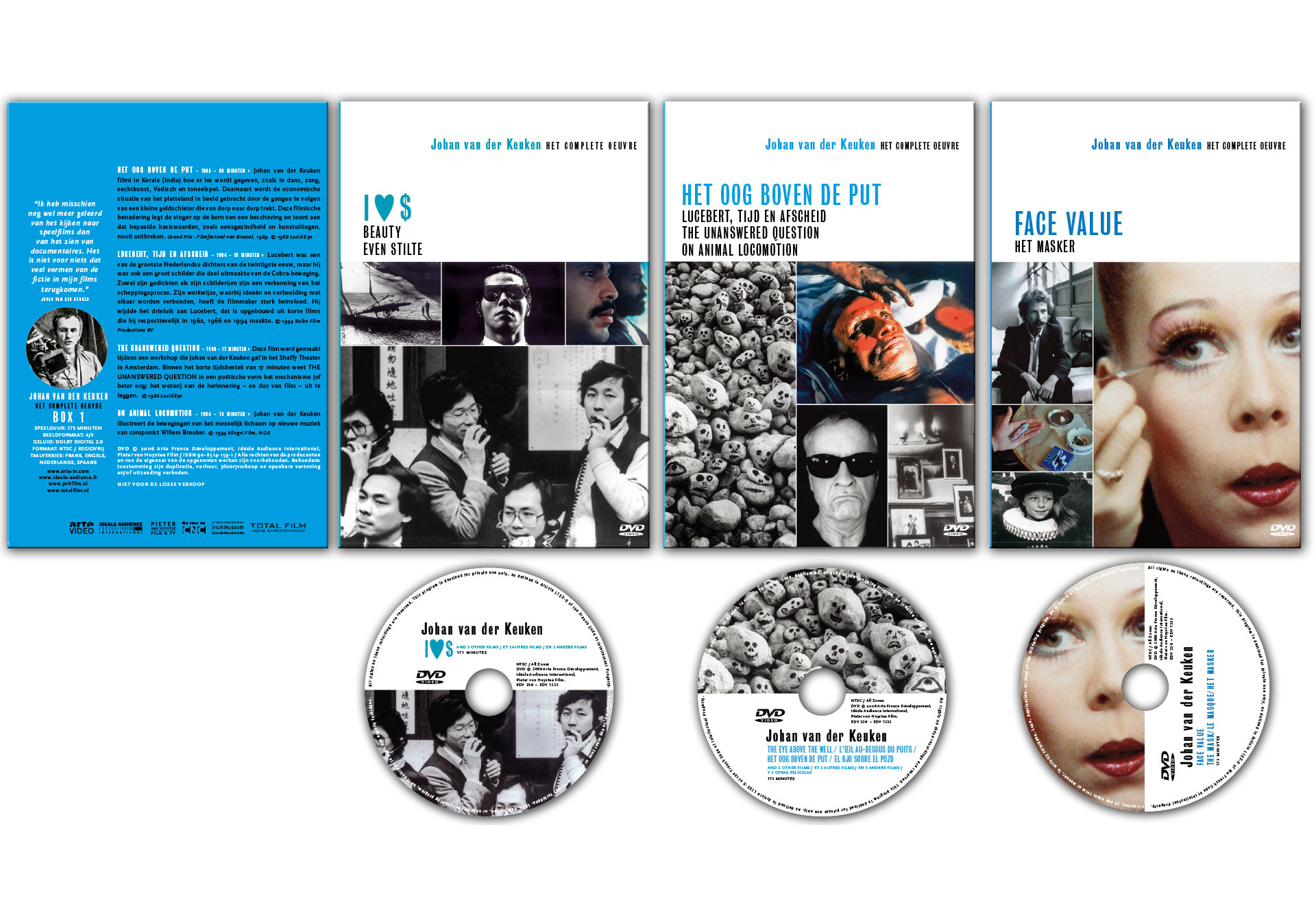 Surely, this “spacialization” of the film is one of the poetic traits of a good number of directors that we call “documentary filmmakers” – or whatever one’s preferred expression – and whose approach is, above all, not to follow a narrative thread, the unravelling of a story written in advance (the screenplay) with a blend of plotting, the permanence of the characters and the economy of locations. Of course, a documentary also tells a story, but rather in the style of an oral storyteller than of a novelist: it digresses, repeats itself, compares, backtracks, asks different questions of its audience. 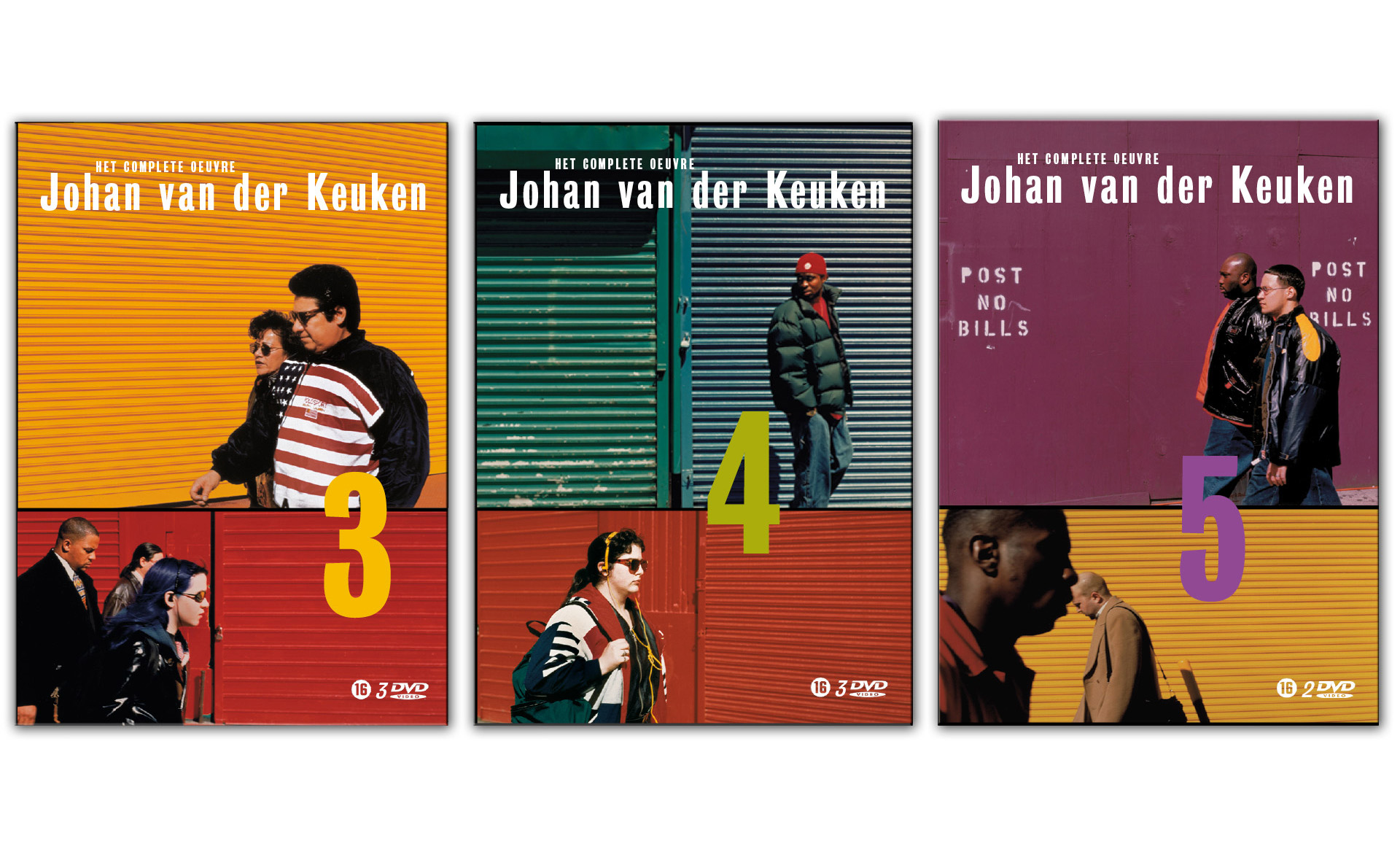 We are familiar with the image that features in several films and that Johan van der Keuken insisted on including in the opening pages of his book, Adventures of an Eye – tiling whose illusionist surface the filmmaker’s hand brushes across. The depth that the geometrical patterns draw with great regularity turns out in fact to be a surface. The shadow of the arm is projected flat upon it. Yet the hand entering the frame to “touch” and reveal the artificiality of depth, captured on photographic film or celluloid, is no less flat, devoid of volume also, like, in another image, the window opening on a room in a distance that also spreads out merely on the surface, occupying the same space as what is known as the “foreground”, no less even than a reflection of light on a wall. Like these photos of the torso of a seated, naked woman, revealing and immediately concealing the forever obscure opening of her legs, as she faces the camera, her thighs, knees, shins becoming slender, unreal, reminiscent of the emptied volumes of Henry Moore that made such a mark on the filmmaker. The gaze wavers before the magic spell of the impression of reality, torn between gratitude for what it was able to see and feel in real life and what the ephemeral projection gives and takes on a plane, delimited surface. 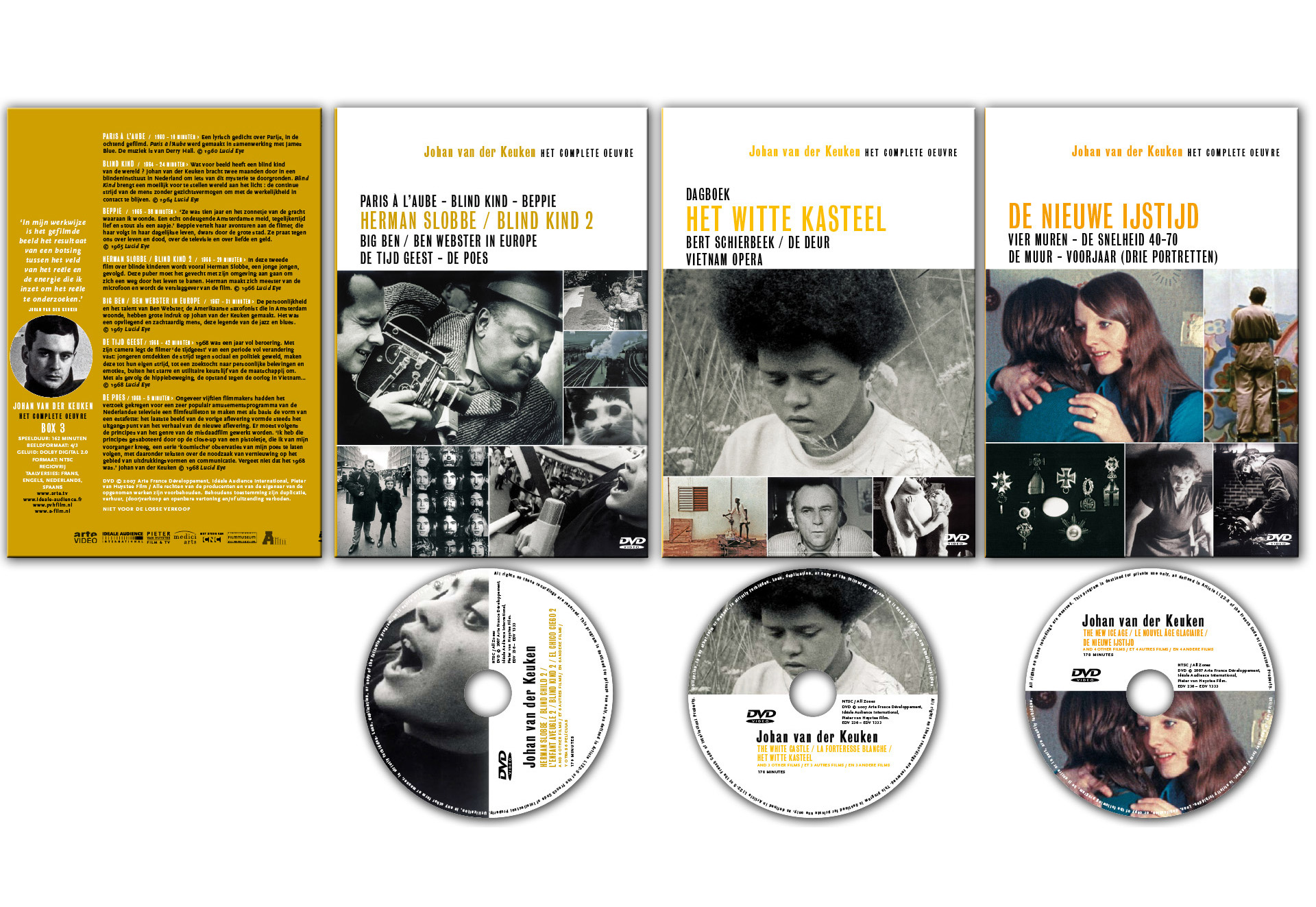 <div center;"=""> Moreover, Johan van der Keuken is a storyteller in his films: not only in the composition of the story but also by his frequent interventions. In the frame or off camera, either at that precise moment in time or in retrospect, he comments on what he is shooting and the situations he is in. Of course, Johan van der Keuken is more than a documentary filmmaker whose only aim is to “report” what is. On the contrary, he confronts, questions and bounces off what is, and he sometimes called this confrontation “fiction”. But he deals in reality and not a representation of it, or if it is a representation, he brings it to account: what founds it, what founds the bond to its referent that it prides itself upon? What is, in the final analysis, the reality of the representation? So much so that the image, painting, photography and text acquire a materiality – that of words (sounds, letters), of a stroke of a brush or crayon, of grain. 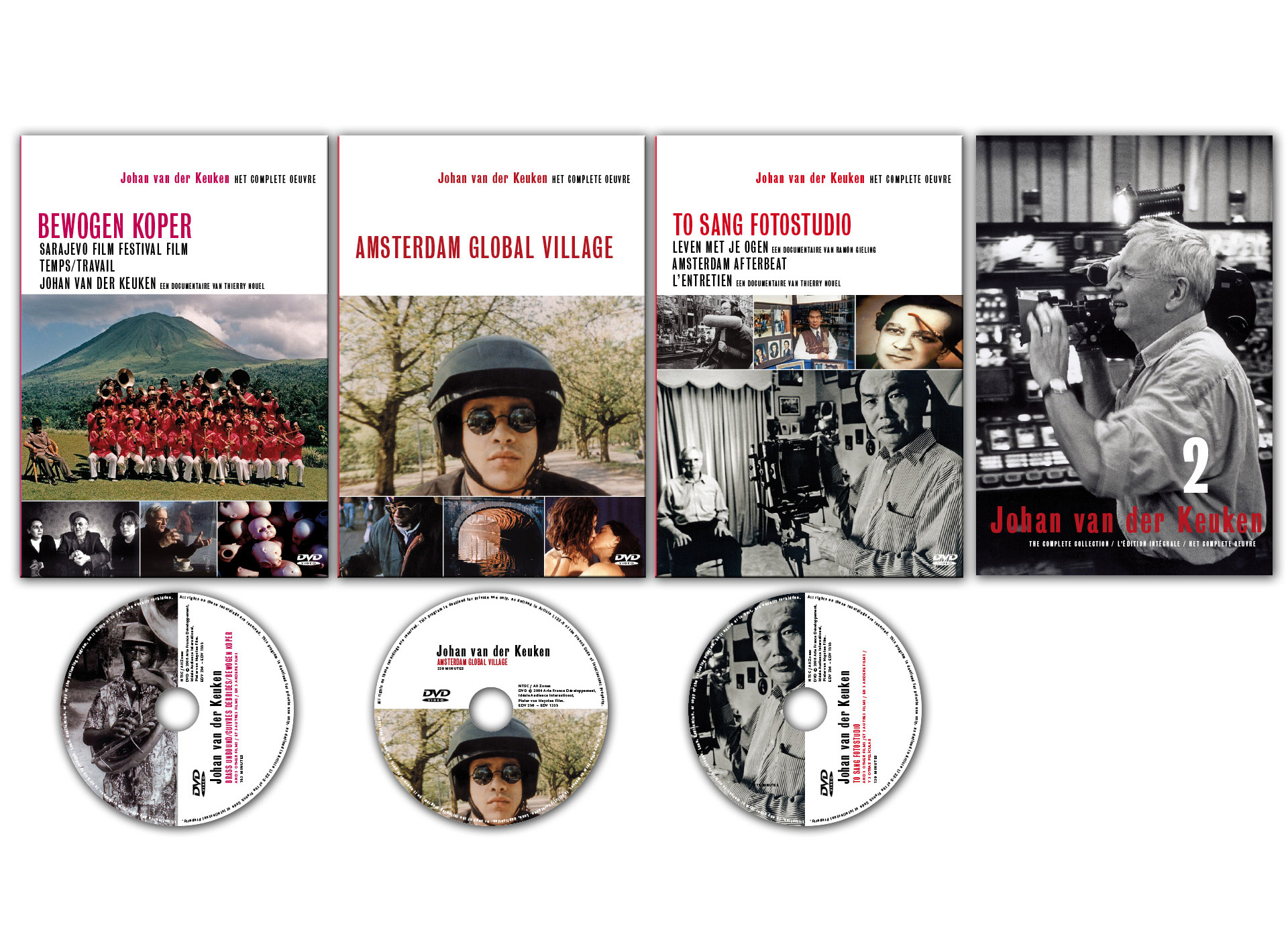 Touch to see. Those few words translate a major part of van der Keuken’s approach since Blind Child. Here he is filming a painting by Lucebert (Lucebert, Time and Farewell): right eye pressed to the Aaton, almost swallowed by the eyepiece; left eye closed, or alternately open and closed; left arm reaching forward, parallel to the camera lens, to touch the paint, as if he wanted to “cover” the shot by his grasp, or ground it, make sure of it. Or in On Animal Locomotion, removing his thick glasses, wallowing in the blur of forms, a tactile vision in which the grain of the photo burgeons, refusing to disappear in the figure that would ordinarily subsume it, the image of an object whose name remains unspoken. Likewise, lengthily, in The Long Holiday, boats going back and forth, exiled by the lens from their reassuring iconicity to reinforce the contour and texture, uncertain traces that, in this film, already belong in the Lethe. 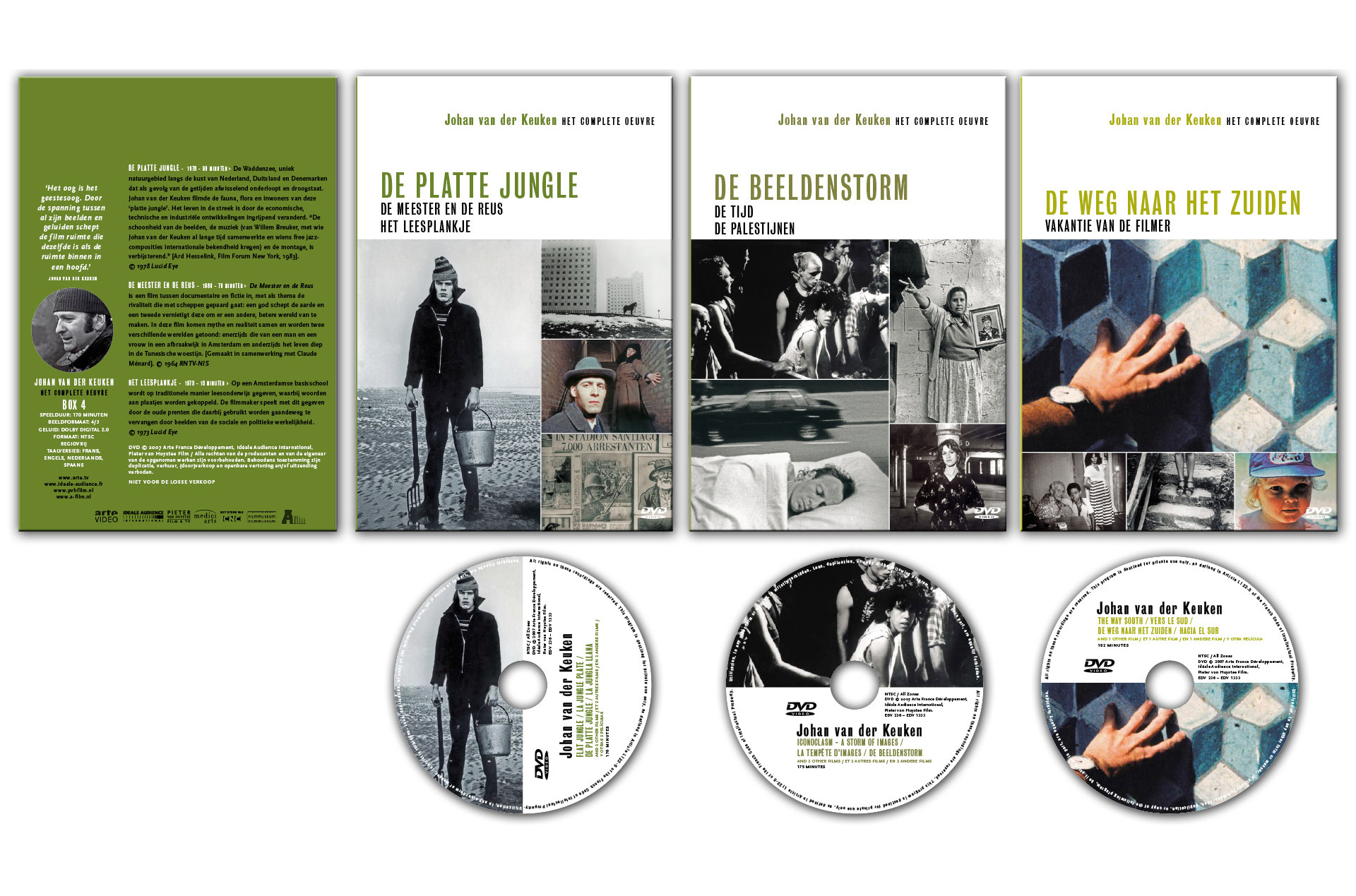 <div center;"="" style="text-align: center;"> Van der Keuken’s attempts at fiction – and they are as many temptations to be sure – did not any more put an end to the documentary’s lack of reality. Whatever the simplification, or even oversimplicity, that he sought in Beauty, The Master and the Giant and Time; these three films revolve around the problem of codes, of the artifice that is a prerequisite of a work of fiction, and they tried to make these codes perceptible to the audience, to flaunt them. Research works to a certain extent, they refer one back to a whole dimension that is just as coded, made up of the documentary films: the scene breakdown, editing, inferred links on a semantic level in an ordinary shot-reverse shot sequence, as he experimented with in Beauty, all stem from a break, the violence of dissociation and assembly of diverse elements that one intends to bring together when they are foreign to each other and even antithetical. In Beauty, this is the shot of the robotic human, a sort of machine, and the reverse shot of seabirds on a cliff, one limping, wounded as if by the cold gaze of the smooth killer. In such a way that not only these attempts, that might initially seem exterior to van der Keuken’s genius, are not exceptions in his oeuvre but they enable us to consider it from another angle. 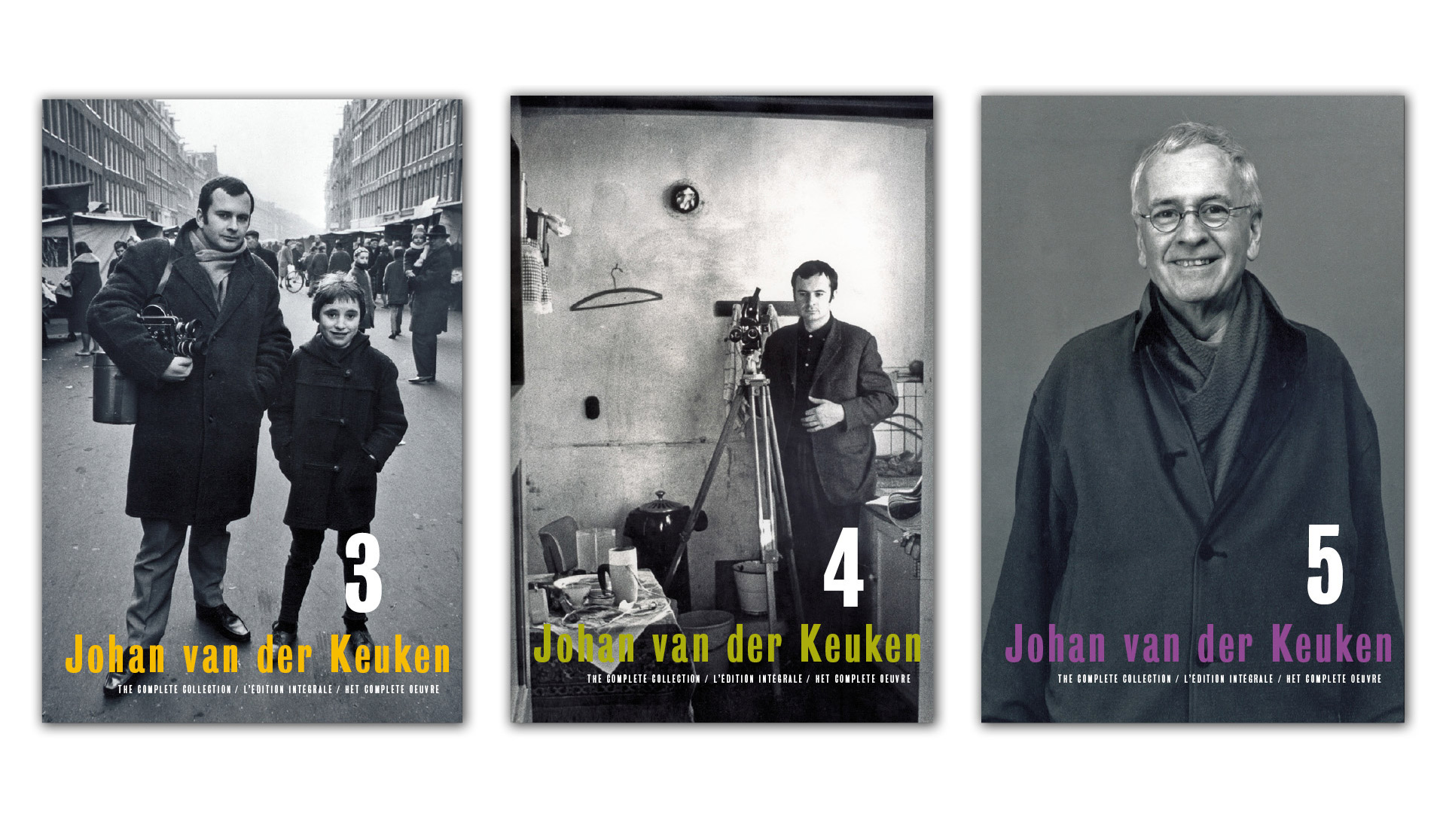 <div center;"=""> In The Eye above the Well, the camera’s insistent gaze ends on a beggar without legs in the middle of the street with people walking by on all sides. In itself, this mechanical gaze, nonetheless that of an observer, a traveller, seems to partake of a brutal, predatory gesture, no different from that enacted and “staged” in Beauty. Much later, in Amsterdam Global Village, one sees associated, from one shot to the next, a butcher chopping up meat and a baby being given a bath. More playfully, the man in the dark glasses and thuggish expression, played by the filmmaker in On Animal Locomotion, an ironical retake of Beauty, boxes with himself between shot and reverse shot. 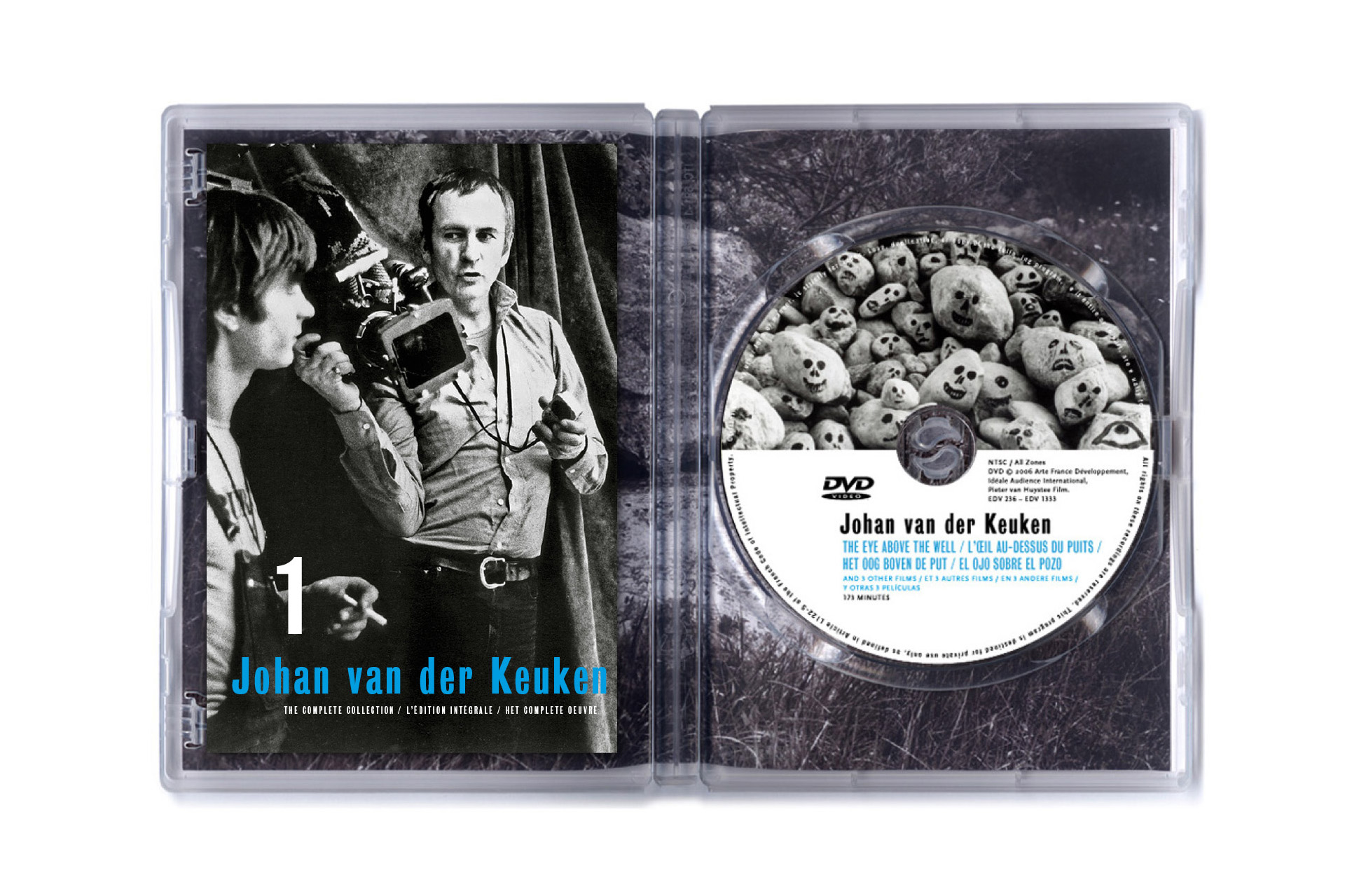 <div center;"=""> This brutality in the assembly of filmed fragments or in the camera movements (hand-held), as it pivots, comes and goes, follows a mechanical gesture, shakes, mistreats and splits the stable representation exactly like the poet and painter Lucebert or the poet Schierbeek, two members of the Cobra movement in the 1950s, who quarrelled over language, painting and drawing. The constant dialogue between the filmmaker and these two artists (and many others) should not mislead us: the latter worked in a field where it was a matter of filling an empty space – canvas or pages. The whiteness and emptiness of a cinema screen are, in this respect, deceptive for they are covered by images and sounds that are torn from the world as it is and assembled, kneaded. The filmmaker intervenes on the raw film not on the screen. The cinema takes to its ultimate conclusion the enterprise of cubist collage-making, the “stuck papers” that drove their ma­kers back to representation after this unprecedented show of force.

<div center;"=""> Might one suggest that, far from offering an inhabitable world as comforting fiction would wish, van der Keuken gives us our world as uninhabitable? Let’s say, simply, that he calls upon us to gauge the distance left to run so we can inhabit it temporarily. If there is this founding rupture, a fundamental violence and cruelty, there are also vulnerable moments of respite, fleeting a moment’s silence. The blind child trips, the young child trips, as does the old man with Parkinson’s disease; the old lady with the weak heart struggles up the stairs and loses her memory; the factory and material poverty have left this teenage girl deaf.

<div center;"=""> After earlier comparing the manner of composing a film to a game of cards, this is a paroxysm: everything is possible, any image can follow on from another (collage), the camera can go where it pleases. But the game is not gratuitous, physical exercise is not a stylistic composition: the whirling camera is still in confrontation. In the beginning, as we said, the filmmaker confronts himself, boxes with himself, aims blows that he avoids in the reverse shot, ripostes, then affronts things and beings with “a loaded camera”. Place de la République in Paris, a poster, a newsstand, a black passer-by, the increasingly speedy bonds that the camera tracks, hand-held, encouraged by frenetic movement to spin from one to the other. Later, in Sarajevo, the façade of a building that was the target of nationalistic battles, its gaping windows, its coloured concrete surfaces, a patchwork of devastation, a vestige of the paintings by Paul Klee, with little squares of colour, that the filmmaker liked so much.

Samples from the included editorials by François Albera